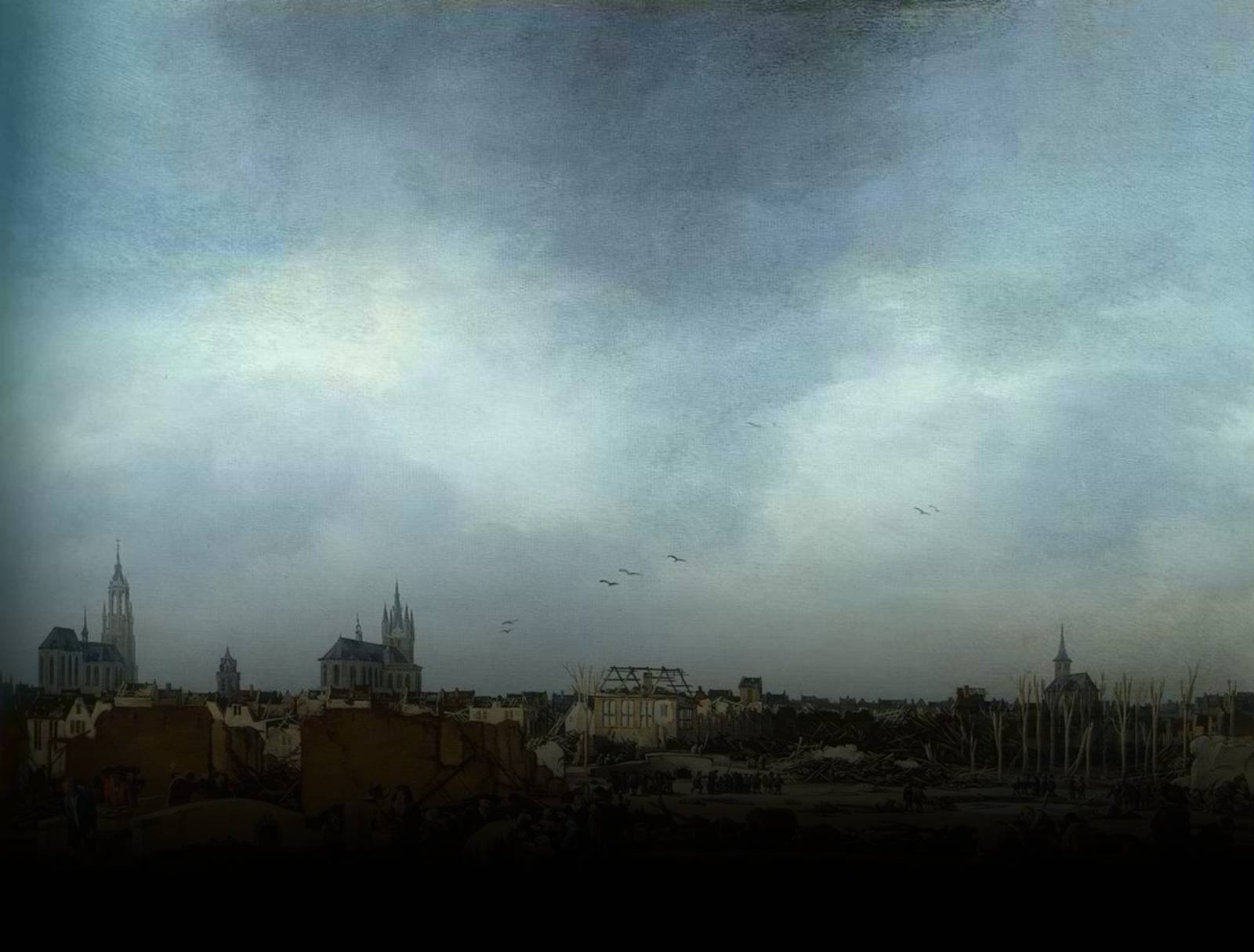 The New Church has had a lot to contend with over the years. Disasters, forces of nature, religious conflicts… The church has seen it all. But it has had to undergo essential maintenance and restorations too.

Lightning strike
On 3 May 1536, a huge fire left half of Delft a smouldering ruin. The fire was probably caused by a lightning strike in the New Church. Part of the tower was burned down. The organ, bells and stained glass windows were lost, and one of the roofs collapsed. It was time for the first renovation.

The Delft Thunderclap
The second renovation of the New Church took place after the so-called Delft Thunderclap. On 12 October 1654, around 90,000 pounds of gunpowder exploded in Delft's gunpowder depot. The church's walls were dislocated, and many windows and roofs collapsed. Thanks to the fundraising efforts of neighbouring districts, the city was soon able to start rebuilding itself.

Plasterwork
The New Church's most recent restorations took place in the 1930s. The plasterwork was removed from the walls, which dramatically altered the look and feel of the interior. Cement foundations were also placed under the church to prevent subsidence.

New plans
Plans are now in place to renovate the church once more. The aim is to restore the church's original look and feel while also ensuring that the building can comply with modern standards for the many ways it is currently used.