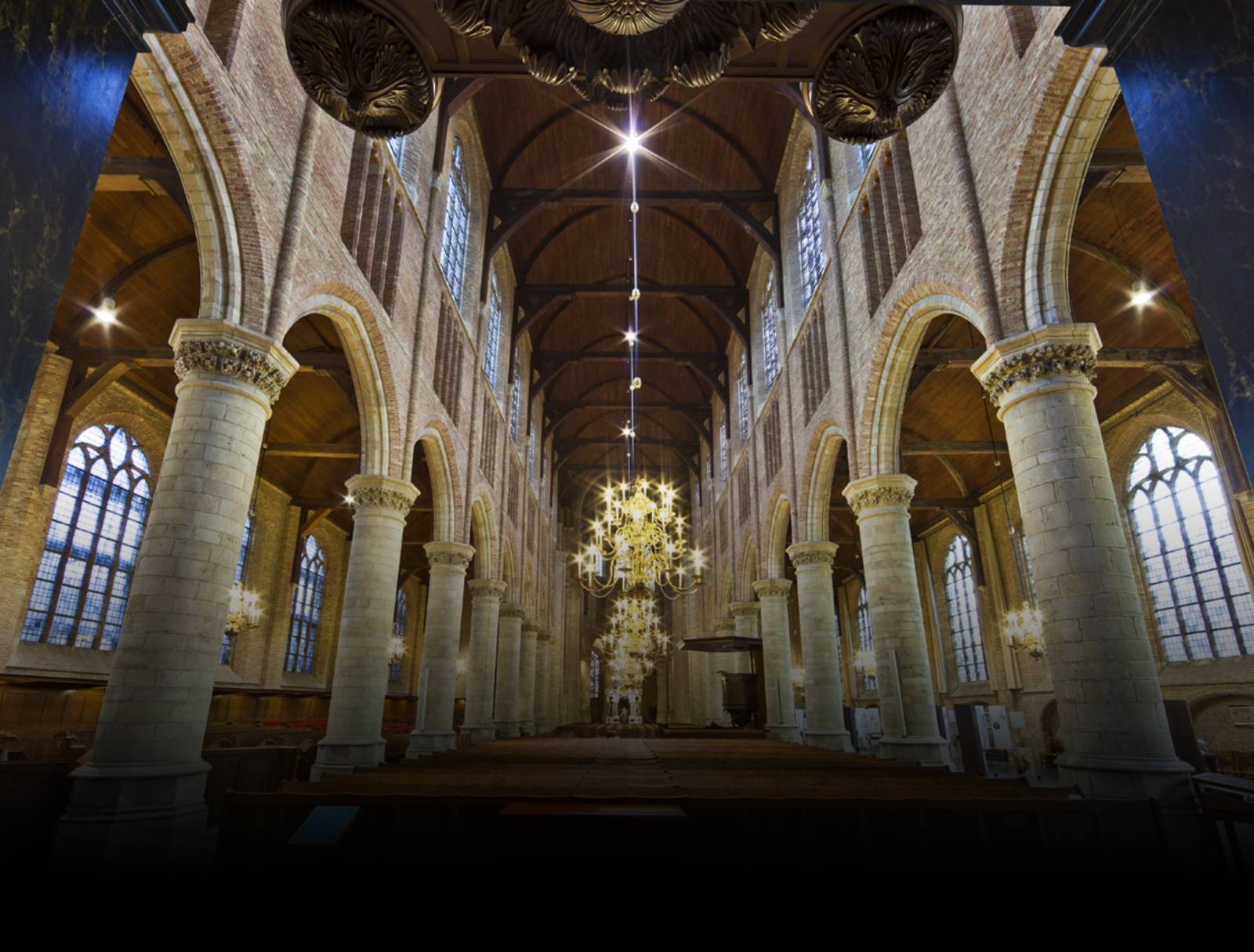 Almost every deceased member of the Dutch royal family since William of Orange has been interred in the royal crypts of the New Church. Most recently, Prince Claus was buried here in 2002, followed by Queen Juliana and Prince Bernhard in 2004.

Prince Claus
Every royal funeral follows strict protocols while also having a personal touch. For the funeral of Prince Claus van Amsberg on 15 October 2002 - the first royal funeral in 40 years - Queen Beatrix opted for a sober but modern ceremony. The flowers were green and white, in accordance with the Von Amsberg family coat of arms.

Queen Juliana
After Prince Claus, the next royal funeral was that of his mother-in-law Juliana, Beatrix's mother. She was interred at the New Church on 30 March 2004. At her own request, the funeral colours were predominantly white, representing the resurrection. Juliana's parents Wilhelmina and Hendrik both had white funerals too. Her daughter Christina sang the song ‘It's a gift to be simple' at the service.

Prince Bernhard
The most recent funeral (11 December 2004) had a military theme. The coffin of Prince Bernhard, Beatrix's father, was transported on a gun carriage. As the coffin entered the church, the Royal Airforce performed a tribute by flying overhead in a so-called missing man formation, with three F16 jets and a Spitfire aircraft. Bernhard was the 46th member of the royal family to be interred in the royal crypt.