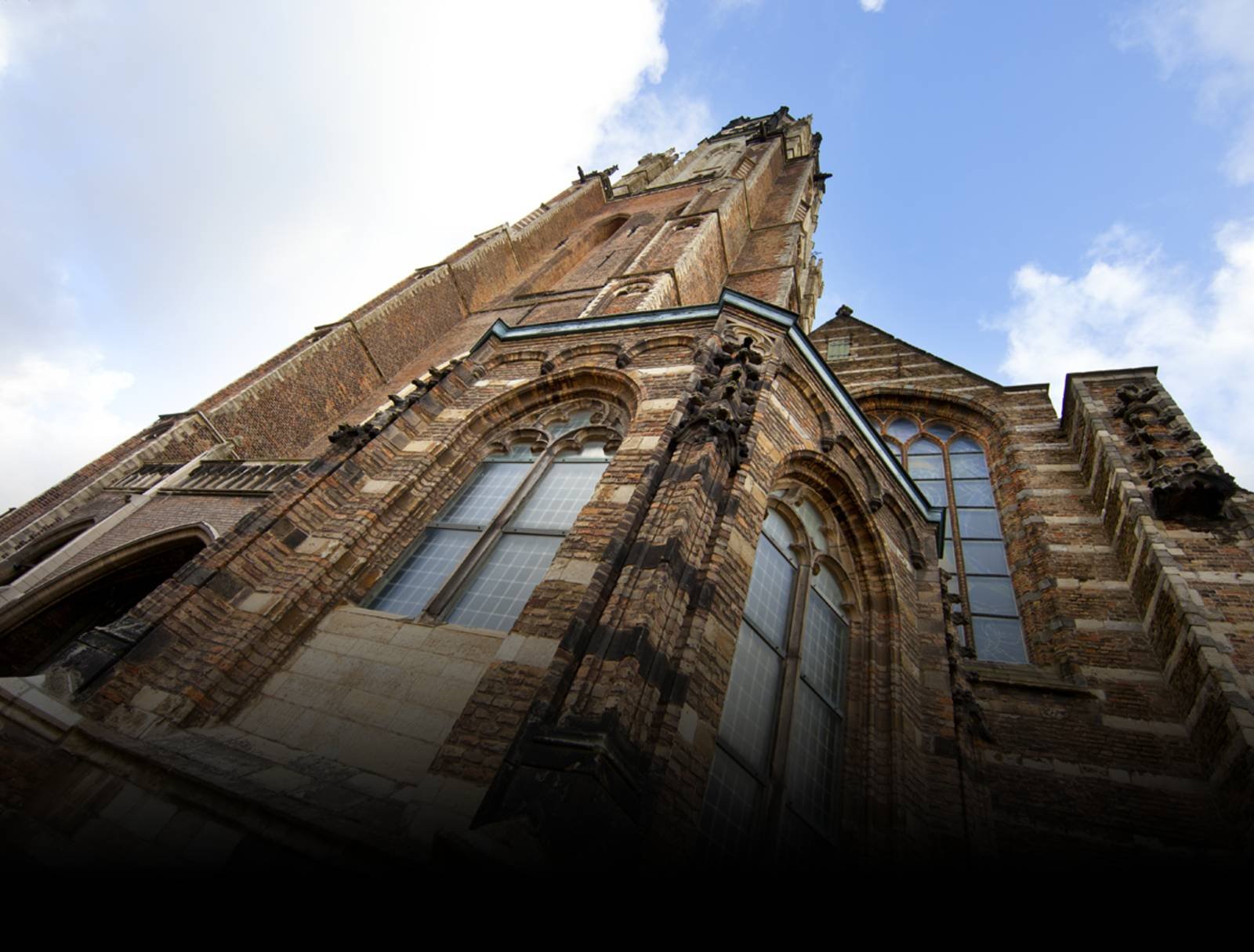 The tower of the New Church has been a recognisable landmark in Delft for centuries. Following a number of renovations, the tower reached its current height: 108.75 metres, making it the second tallest church tower in the Netherlands.

Science
It was from the top of this tower that the scholars Simon Stevin and Jan Cornets de Groot (father of the legal expert Hugo) carried out their famous gravitational experiments. Using two lead balls - one of them ten times heavier than the other - the scientists showed that heavy and light objects of the same size fall to earth at the same speed.

Not for all eternity
On 6 September 1496, a hundred years after construction began on the stone church, the tower was completed. A huge ‘apple' was placed at the top, symbolising eternity. However, the tower's life turned out to be anything but eternal, because it burned down to the ground in the city fire of 1536.

Lightning
The spire was replaced with a new one - this time without the 'apple' - and it seemed that the tower was back in place for good. But in the late 19th century, disaster struck again, this time in the form of lightning. Finally, in 1872 the renowned architect Pierre Cuypers designed the spire we still see today.

Acid rain
The New Church's tower has remained in place ever since. At first glance, though, the blackened top gives the impression of fire damage. No such damage has ever occurred. Bentheimer sandstone was used to build this second cross staff, and acid rain has caused it to darken. There is no point cleaning it.