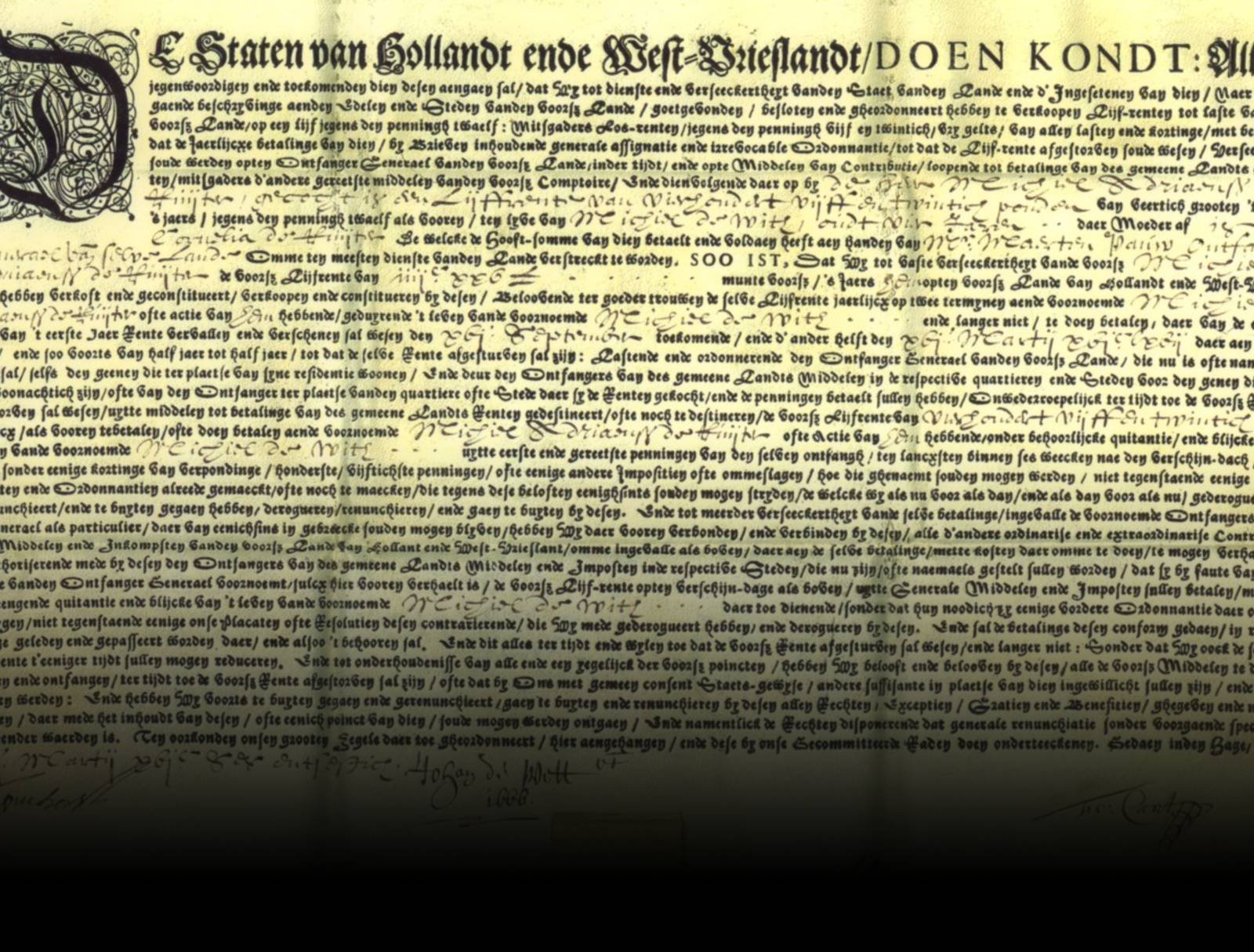 Anthonie Heinsius was a statesman from Delft who lived in the time of Stadholder William III of Orange. He started out as a lawyer, eventually working his way up to be the Grand Pensionary of what was then the province of Holland – though he did so rather reluctantly ...

Anthonie Heinsius was born to a Delft politician. He studied law in the French city of Orléans, and followed in his father's footsteps. It seems that Heinsius was a very tactful but tough negotiator. William III of Orange therefore favoured him as a missionary to defend Dutch interests against the enemy, France.

Eventually, it was also William III who ensured that Heinsius was made the Grand Pensionary of what was then the province of Holland - even though Heinsius himself was not keen at first. The Grand Pensionary held the highest public office of the region, and was the States General representative. Heinsius was sworn in on 25 June 1689. Thanks partly to his efforts, peace with France was restored in 1713.

In spite of his high office, Heinsius remained very down to earth. He did not invest in any status symbols and he remained a bachelor. On his death, he left a fortune of around 750,000 guilders. Heinsius was buried in the Old Church.