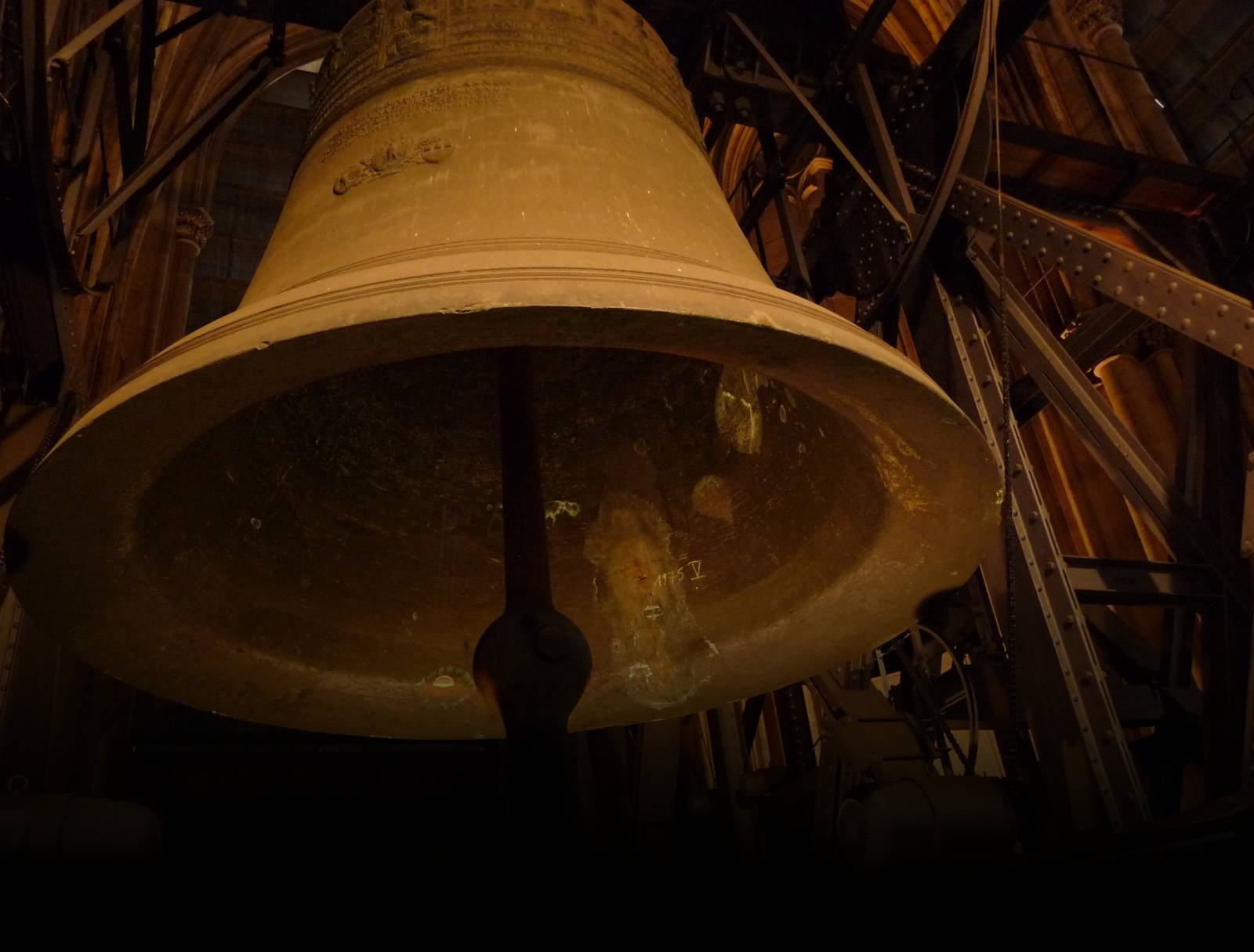 Halfway up the crooked tower of the Old Church, two unusual bells are housed in a massive oak belfry.

Trembling teacups
The Trinitas bell - also known as the Bourdon or bass bell - weighs almost 9,000 kg and has a diameter of 2.3 metres, making it the largest historic tolling bell in the Netherlands. These days, it is rung only for royal funerals. It makes such a noise that nearby residents report that their teacups ‘tremble in the cupboard'... The bell does still chime on every hour as well though.

Melting threat
The second bell - called the Laudate - has an unusual story. In 1943, this bell and the one from the New Church were taken by the German occupying forces to be melted down. Luckily, that never actually happened, and in 1946 the Laudate was reinstalled. It has chimed every half hour ever since.